Yesterday morning started very cold. It was only 6°C and the weather forecast showed the highest temperature for the day would be only 8°C. I had to wear gloves even though a few days earlier, I thought I could already put them away till next winter.

Around 12, when I finished my Nihongo class, the temperature seemed to be much warmer than expected. It had gone up to 11-12°C. I decided to take the bus home instead of the train. I was hoping to catch the no. 7 so that I didn’t have to walk far to go home.

Unfortunately I was delayed because I stopped at a fruit stall to buy some tangerines that looked shiny and irresistible. I ended up on the no. 98 instead. There were not many people on the bus.

I was busy looking at my phone. An Indonesian friend had just invited me to join their group using LINE. My data for LINE was turned off, so I needed to change the setting. When I looked up, the bus had already reached Nakane-cho stop.

Nobody got off there or earlier at Toritsu Daigaku ekimae, that’s why I had missed my stop. Someone had already pressed the bell to get off at the next stop, Yakumo Sanchome. So I too got off there. Since I was already there, I thought I would checkout the Uniqlo there along Meguro Dori. I crossed the bridge, took some photos and walked for a few hundred metres, but the Uniqlo was no longer there. 🙁I saw some men doing renovation work.

I walked further till I crossed the Setagaya Ward sign and arrived at Fukasawa. I found a Seiyu Store. I never knew there was one around my area. There used to be another Department Store along Meguro Dori in Himonya, a 7-storey Daie but the building had been under renovation for a year.

I entered and ended up buying a pink deep frying pan. It would be suitable to fry fish keropok. I almost bought a small sakura plant at its garden centre, but on a second thought I felt it wouldn’t be necessary to have it. There’ll be so many sakura trees blossoming at the same time in 2-3 weeks time.

The flowers at the garden centre were really enchanting. Perhaps, when I feel like walking in a garden full of beautiful flowers, I should just come here. Well, we don’t have to own things to enjoy them. 😄

After that, I walked home slowly exploring the pathways and parts of Yakumo that I had never been to. I took the path under sakura trees which is actually connected to the other sakura street from Toritsu Daigaku Station. There were already some signs of sakura. I’m excited.

I found a sign in English describing the pathway as one of 23 designated Historical and Cultural Walk in Tokyo. Wow, I never knew that. I should try to explore this Historical Pathway when the weather is much warmer, but not too hot either. 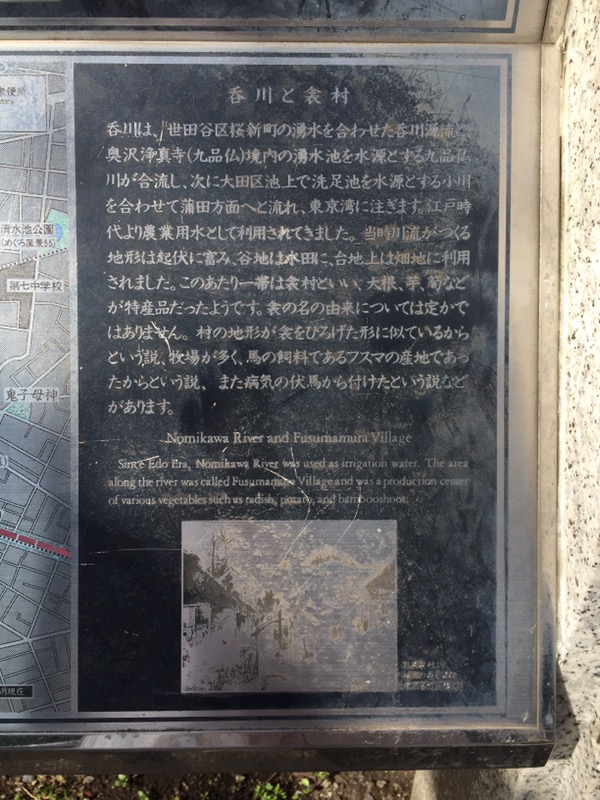 I envy those people who live in the house facing the sakura trees. In a few weeks’ time, they will be enjoying magnificent sakura right in front of their doorsteps.

At home, these are the flowers that are currently blooming. Unfortunately, I don’t know their name.

There are also some daffodils still in progress. I do not recall having daffodils last spring. I wonder how they suddenly appeared. Did they take a rest last year? Is that possible?

I have also finally found the name of the bird that often come playing and eating on the flowering dogwood tree. It’s brown-eared bulbul. 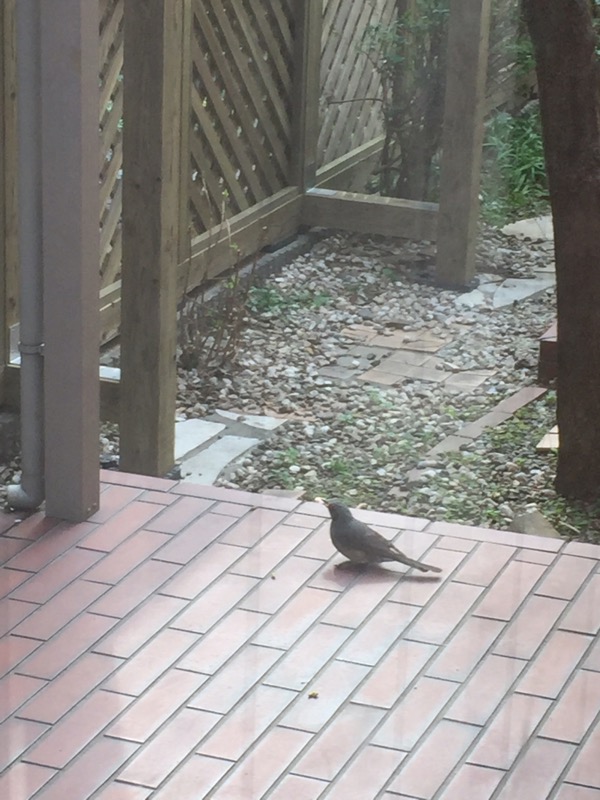